I became interested in Reflexology over 20 years ago, after the birth of my third
child. I had hired a wonderful nanny/helper to manage my home daycare business during my maternity leave. She was in the process of qualifying for Reflexology and Touch for Health.  I'd had a longstanding interest in natural health and Reflexology struck me as something I would enjoy.

In December 2001, I received my certificate in Foot Reflexology after a most enjoyable study with Carol Hueck of Cycles of Life in Waterloo through the Reflexology Association of Canada.  I've been studying and practicing ever since.

I have been privileged to learn with some of the outstanding talents on the planet in the Reflexology field, including:

Chris Stormer from South Africa
Language of the Feet

Hanne Marquardt from Germany
Reflexotherapy of the Feet

My techniques and experience continue to evolve. I am always engaged in learning
how to improve the outcome for my clients in order to give them the best possible treatment.
Reflexology is my passion. I expect to practice to the end of my life.

I am registered and insured with RRCO (Reflexology Registration Council of Ontario)
and am a longstanding member of GRRA (Grand River Reflexology Associates). 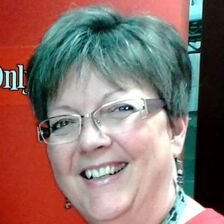